• Entering new markets in Europe, including Scandinavia and Portugal

• Opening of new locations in Germany and Italy

NUMA delivered strong results in all seven of its core European markets in the first half of 2022. The company achieved 86 percent booking occupancy of its units across 20 locations in Europe and primarily organic RevPAR growth of 85 percent year-over-year. In the first half of 2022, the average Net RevPAR of the NUMA portfolio was EUR 88 and exceeded EUR 120 for the first time.

At the beginning of the year, NUMA had already raised USD 45 million in fresh growth capital. With revenue growth of more than 500 percent and a consistent occupancy rate of more than 85 percent – 230 percent above the market average across Europe during the pandemic – NUMA was able to convince new capital providers of its business model. Thus, in addition to lead investor DN Capital, co-lead headline investors such as Soravia, Cherry Ventures, Scope Hanson, and Kreos Capital are accelerators of NUMA's strong growth.

Christian Gaiser, CEO of NUMA Group, evaluates: "NUMA's strategic cooperation with LaSalle as well as the fresh capital were two significant further milestones for us in the first half of the year. They illustrate that the institutionalization of the serviced apartment segment is also progressing in Germany. With its high-tech concept, NUMA offers a professional investment solution for the fragmented European hospitality market, especially concerning owner-operated properties".

Following its successful market entry and a subsequent strategic acquisition in Spain in 2021, NUMA is also expanding its hotel presence in Italy. In addition to the opening of NUMA Vici and NUMA Portico in Rome, both in prime locations in the Italian capital, the company is now active in Milan and Florence with eight Future Hotels in Italy. New locations will be announced in the coming weeks.

The company has successfully taken its first step into Scandinavia via another strategic partnership with CARUCEL in Norway. In the center of Oslo, NUMA will be the new hotel operator of a historic property. The listed former main post office is expected to open as a fully digitized hotel in the second quarter of 2023.

In Portugal, NUMA is launching its operations with another iconic property: In Lisbon, NUMA is opening a 77-unit hotel in the former headquarters of the Federação Portuguesa de Futebol in the second quarter of 2024.

In Austria, 56 NUMA units are being built in partnership with C&P Immobilien, complementing the Sustainability Award-winning NUMA Wood in Vienna.

"NUMA is now active in seven European countries. In addition to Spain, we have identified Italy, Portugal, and Scandinavia as key European markets of the future with strong strategic importance. We believe that our proven success model perfectly fits the local market characteristics of each location. Further market entries in Europe are already in the pipeline for the coming weeks. And new properties in our existing markets, such as Lisbon and Porto, are also in NUMA's pipeline. We are thus exceeding our ambitious expansion targets this year," says NUMA's CEO Christian Gaiser.

Expansion in the German market

"Like its neighboring countries, the German hotel real estate market is undergoing a major transformation – target groups and needs are changing significantly. As a leading provider of technology-enabled alternative accommodations, our clear goal is to establish a completely new generation of hotels and short-term accommodations and thus transform the industry," adds Gaiser. "With the innovative NUMA concept of digitized Future Hotels and our technology, we have succeeded in being profitable in all cities despite the extremely challenging market circumstances. As a result, we could convince additional well-known German investors, property owners, and project developers to institutionalize the alternative accommodation segment."

The company signed contracts to operate numerous hotels in major German cities in the first half of the year. In Hamburg, and in partnership with PATRIZIA, a 185-room property – previously operated by the Accor Group as Novotel – will currently become the largest property in the NUMA portfolio. In Frankfurt am Main, the company plans to operate 137 apartments in ORT Capital's Main Yard, now the largest urban district development in Frankfurt. In Munich, NUMA will manage a 55-unit property from 777 Capital Partners – and another 40-unit property from OMEGA. Together with the existing properties, this brings NUMA's total to over 200 units in prime locations in the famous Bavarian capital. With the "NUMA Sketch" opening, another property in Berlin has been launched this year, with more to follow as early as fall 22.

NUMA implemented impressive new technology in 2022 that reduces booking and check-in to less than 60 seconds for NUMA guests, with just one smartphone click required each time.
Also introduced was a new NUMA breakfast service, "Breakfast in Bed," already offered with local partners at some NUMA Future hotels and fully integrated with NUMA's technology infrastructure.
. 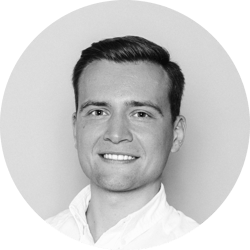 "We inspire the future of travel through a business model that works for new generations of travellers. By combining technology with quality design, we've been able to change what guests and investors expect from accommodation"

Join us by becoming a partner!